BEIJING, Feb. 4, 2022 /PRNewswire/ — The opening ceremony of the 2022 Winter Olympic Games was held at the National Stadium in Beijing on Friday night. 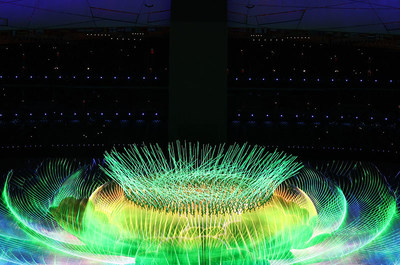 Zhang Yimou, who’s behind the epic opening ceremony of the Beijing Summer Olympics in 2008, was again the chief director for the 2022 Winter Games opening ceremony. Snowflakes were at the heart of his central idea for Friday night’s show, which featured them in two programs. The lighting of the Olympic flame also carried the same motif.

“Different snowflakes come to Beijing and assemble into a giant snowflake of humankind,” Zhang said of his concept for the opening ceremony in an interview with China Media Group (CMG).

Delegations from over 90 countries and regions attended the ceremony, together with world leaders including Russian President Vladimir Putin, Serbian President Aleksandar Vucic, Argentine President Alberto Fernández, and UN Secretary-General Antonio Guterres among others. 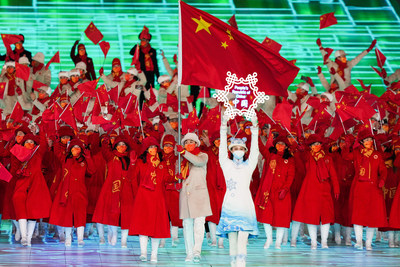 As part of the Olympic tradition, members of Team Greece were the first to enter the stadium during the parade of athletes, followed by Team Turkey. As the host of the Winter Olympics, Team China were the last to march. Speed skater Gao Tingyu and skeleton athlete Zhao Dan carried the Chinese national flag for the squad.

At the end of the ceremony, the Olympic Cauldron was lit at the center of the stadium by the torch that had passed through the hands of some 1,200 torchbearers, including Bach himself, during a three-day relay in the three competition zones of Beijing, Yanqing and Zhangjiakou.

In the following 16 days, some 2,900 athletes will compete in 109 events of 15 disciplines under seven sports at the 2022 Winter Olympics.