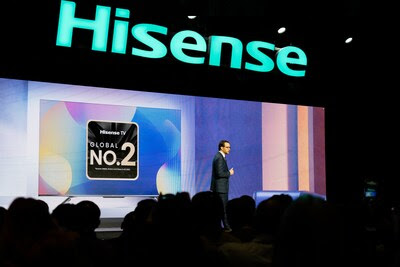 High-Level of Scale, Efficiency and Flexibility Making Hisense Stand Out in the Industry

Hisense TV has reached a record-high performance in 2022, ranking No.2 globally regarding its TV shipments. This accomplishment incisively demonstrates Hisense’s dedication to high-quality products as well as its resilience amid challenging circumstances.

Owning a total of 66 overseas companies and offices and 31 R&D centers, Hisense is selling its products to more than 160 countries and regions. With its acquisitions of brands like Toshiba TV, gorenje and Sanden, Hisense has brought its global operations to a new level, expanding its product categories even further.

It has been a long journey since it first declared that “Hisense’s Future is Counting on Overseas” in 2004. As one of the official sponsors of the FIFA World Cup 2022TM, Hisense is earning an unprecedented growth in its brand awareness. In addition, its ongoing sponsorships of UEFA, Paris Saint-Germain and the United Soccer League have also made Hisense become more familiar to global consumers, which has taken Hisense’s globalization process to a new stage.

At the Hisense CES 2023 Press Conference, David Gold recalled Hisense’s tremendous growth in the global market by investing in manufacturing, research and development, strategic acquisitions, new partnerships, and high-performing products. In the upcoming years, Hisense will strive to advance even further, with a vision to stay ahead of the latest advances in fields related to consumer electronics, displays, appliances, commercial applications, and more. 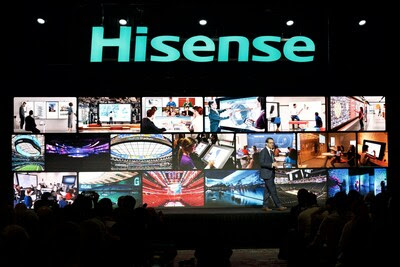